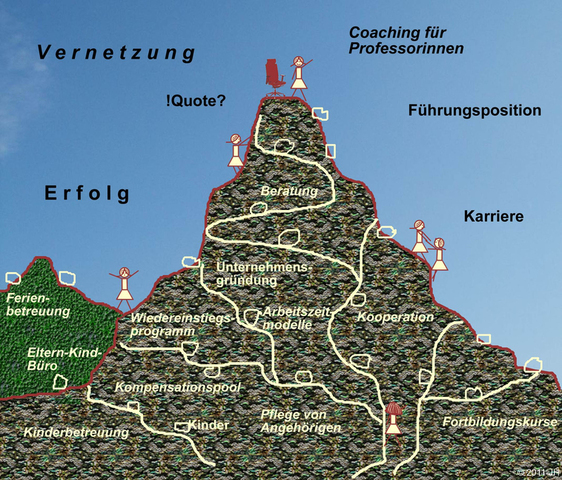 Facts
The German Research Foundation (DFG) is actively committed to equal opportunity and the equality of women and men in the German research system. Therefore, the DFG provides the GRK 2039 with separate funds for targeted measures to promote equal opportunities for women and men in science as well as to make jobs in science more family-friendly.

KIT and this RTG gain important scientific excellence by female students, female doctoral researchers and female professors. KIT offers mentoring programs addressing all stages of a scientific and academic career. On the level of young female scientists, the main objective consists in establishing science networks and conveying key qualifications. KIT offers a mentoring program for female students in technical subjects as well as career consultancy and advanced training for women in particular. The mentors come from universities, industry, and associations and are meant to facilitate the transition from studies to a career in industry or science. KIT is part of the FemTec network, partner of the mentoring program TANDEMplus and part of cross-mentoring program X-Ment (see below). Furthermore, female scientists and engineers have founded a self-organized, open network called WiKIT to support each other in technical and non-technical issues. At the top end of the scientific career stage, KIT initiated in August 2009 the coaching program "TOP" ("Time and Options for Professors") for established female professors.

To improve the compatibility of work and family, but especially to prevent female researchers from being forced to back out of their scientific work for purely organizational reasons the number of day-care places for children has been significantly increased. For instance, in September 2013, a new day-care center for children of KIT staff was opened on campus, which increases the number of day-care places available for children older than 3 months to 215, plus another 100 places for children of KIT students. The service times will be adjusted to the normal working hours (full-year opening times of the day-care center from 7 a.m. to 7 p.m.).

Measures to gurantee gender equality within the GRK 2039

Reconciliation of work and family life

Platform for young scientists at KIT